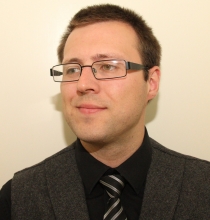 Zero-day remote code execution vulnerability in Internet Explorer has been observed in attacks.

On January 17, Microsoft released an out-of-band advisory (ADV200001) for a zero-day remote code execution (RCE) in Internet Explorer that has been exploited in the wild.

CVE-2020-0674 is an RCE vulnerability that exists in the way the scripting engine handles objects in memory in Internet Explorer. Exploitation of this vulnerability could allow an attacker to corrupt memory and execute arbitrary code with the same level of privileges as the current user. If the current user has administrator-level privileges this would grant the attacker control of the system with the ability to view, edit or delete data, install programs or create accounts with privileges of their choosing.

To exploit this vulnerability an attacker would be required to host a maliciously crafted website designed to take advantage of this Internet Explorer vulnerability and then require a target to visit the website. A target could be convinced to visit the website via social engineering by embedding a link to it in an email, compromising a legitimate website or forum, or alternatively the link could be embedded in a file that supports the execution of scripts when opened, such as Microsoft Office Documents, PDF files, or HTML files.

Earlier this month, Qihoo 360 was credited with discovering a zero-day vulnerability in Mozilla Firefox exploited in the wild in targeted attacks. At the same time, reports emerged that Qihoo 360 also discovered an Internet Explorer zero-day based on a now deleted tweet. No information was available at that time, but it appears that this was the vulnerability that had been referenced.

At the time this blog was published, no details had been made public regarding the in-the-wild exploitation of this vulnerability, though Microsoft says they are “aware of limited targeted attacks.”

A list of operating systems and Internet Explorer versions affected by this zero-day vulnerability can be identified in the table below:

At the time this blog was published, no proof-of-concept (PoC) was available.

Microsoft has noted “Our standard policy is to release security updates on Update Tuesday, the second Tuesday of each month. This predictable schedule allows for partner quality assurance and IT planning, which helps maintain the Windows ecosystem as a reliable, secure choice for our customers.” While Microsoft, at the time this blog was published, has no plans to release an out-of-band patch for this vulnerability, it would not be unheard of for them to do so, as was the case in September 2019 with the Internet Explorer memory corruption zero-day vulnerability, CVE-2019-1367.

Additionally, Microsoft has highlighted a workaround by restricting access to JScript.dll on websites that utilize JScript.dll as its scripting engine, doing so may impact the functionality of components that rely on this. By default, Internet Explorer 11, Internet Explorer 10, and Internet Explorer 9 use Jscript9.dll, which is not impacted by this vulnerability. These workarounds can be found towards the end of Microsoft’s security advisory page. If implemented, it is advised to revert this workaround prior to installing the patch upon its release.

Rody joined Tenable in late 2019 as a member of the Security Response team where he monitors the threat landscape and informs customers of critical vulnerabilities, breaches and the latest malware campaigns offering his technical insights. Prior to joining Tenable, Rody worked in a security supervisory role at a Fortune 50 data center before eventually transitioning to the role of Senior Threat and Vulnerability Management Analyst at one of Ireland’s pillar banking institutions.

Interests outside of work: Rody is a television and movie buff who collects and replicates 3D printing props and memorabilia. He also likes to enter cybersecurity capture the flag events and competitions.