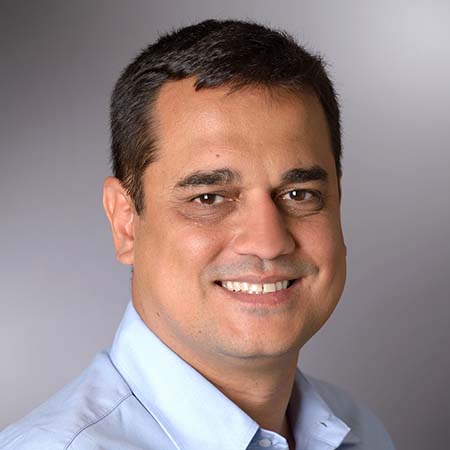 Remote work is here to stay — along with the risks it introduces to Brazilian organizations, if not managed properly. Hier einige wichtige Tipps und Informationen.

The pandemic forced many Brazilian organizations to shift employees from working largely in offices to entirely remote in the blink of an eye. Technology was the enabler of this fast-paced change, but not without consequences.

The move to a hybrid work model in Brazil required three significant shifts, all of which served to atomize the attack surface:

Today, 78% of Brazilian organizations have adopted remote work, with 83% planning to make it permanent in the next 1-2 years; 7% have already made the transition. These changes present significant challenges for security teams as the corporate attack surface expands. Eighty-two percent of remote workers in Brazil have six or more devices connected to their home networks, and many admit to using a personal device to access customer data (55%) and financial records (38%). What's more, 64% of security leaders say employees lack awareness of the available measures to secure home networks and personal devices. The majority of business and security leaders (59%) lack visibility into employee security practices.

Expanding the use of third-party software and other services also played a major role in enabling remote work while introducing new risk. More than three-quarters (78%) of Brazilian companies expanded their software supply chain and 76% enhanced existing digital platforms and services to meet changing customer needs. But the majority of business and security leaders in Brazil believe the expanded software supply chain (56%) and the creation of new digital platforms (64%) exposed them to more risk.

Executives' concerns are certainly warranted: the study found that cybercriminals overwhelmingly took advantage of the technology changes that facilitated remote work in Brazil. In fact, 92% of Brazilian organizations experienced a business-impacting cyberattack in the last 12 months.

Securing the new world of work

The new world of work that combines in-office and remote work is here to stay. As a result, security and business leaders are turning their eyes forward and planning to increase investments to fill those gaps. In the next 1-2 years, leaders said the focus will be cloud-based productivity tools (83%), data security (80%) and vulnerability management (78%) solutions.

Securing the new world of work requires a new mindset. It's crucial that organizations gain a holistic view of their risk profile and re-evaluate their cybersecurity strategies to align with the new realities of the modern workplace and ensure businesses aren't left vulnerable.

With more than 20 years of experience, Arthur has held key leadership roles in the cybersecurity Brazilian market. He joined Tenable in 2019 and has been instrumental in building and leading the Tenable Brazil team and the company's channel partner ecosystem. Arthur understands the vulnerabilities affecting the many systems used in large digital environments — including IT, operational technology (OT), internet of things (IoT), industrial internet of things (IIoT), cloud and mobility — and how to propose strategies that reduce risk and boost business

Get the latest on Log4Shell’s global remediation status; the need for metaverse security rules; a shutdown of “pig butchering” domains; tips for secure IoT products; an informal poll about AD security; and more!

Adopting a proactive stance will give enterprises the head start to shut down new threats to Active Directory whenever they are uncovered.

This week's edition of the Tenable Cyber Watch unpacks the importance of vulnerability disclosures, explores the top reasons why cyberthreats remain a top concern among business leaders, addresses the...

Learn all about NIST’s new framework for artificial intelligence risk management. Plus, how organizations are balancing AI and data privacy. Also, check out our ad-hoc poll on cloud security. Then read about how employee money-transfer scams are on the upswing. And much more!